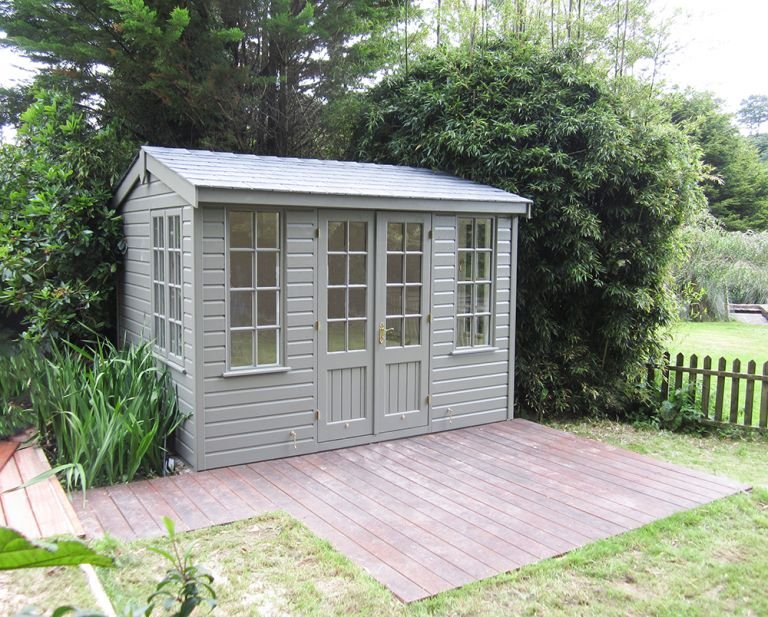 This traditionally attractive garden building is a Holkham Summerhouse, and it has been installed in our customer’s garden in Lostwithiel, Cornwall, positioned to get a good view of the river that flows past their garden.

The customer chose a neutral colour scheme for their summerhouse, which allows it to blend in nicely with their garden. Grey slate effect tiles have been used on the roof, and the paint colour they chose is Ash, which is a neutral, grey colour from our exterior paint range.

At 2.4 x 3.0m in size, this is quite a small summerhouse, but the customer will be able to make it very comfortable inside, and they will be able to use it throughout the year, as they chose to have double glazing, full insulation, painted matchboard lining in Ivory, and an electric pack with a heater.

To give an extra bit of style, the finishing touches to this garden retreat are the Georgian windows, and polished brass door and window furniture.

If you are interested in having a year-round usage garden building, please look at our ranges of Summerhouses, Garden Studios and Garden Rooms.

You can also call us onor contact us online to discuss your buildings requirements with us. 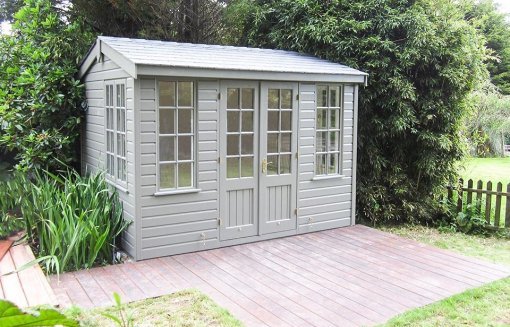 An apex roof and clean lines make the Holkham an attractive choice. 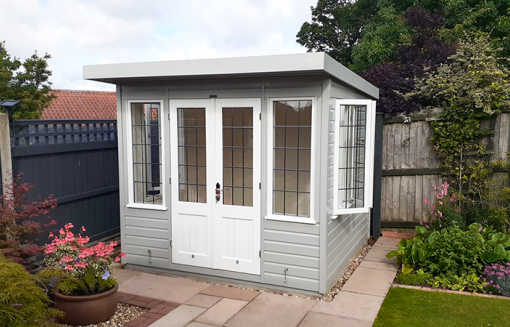 A pent roof summerhouse with an attractive overhang, the Thornham will add style to any garden. 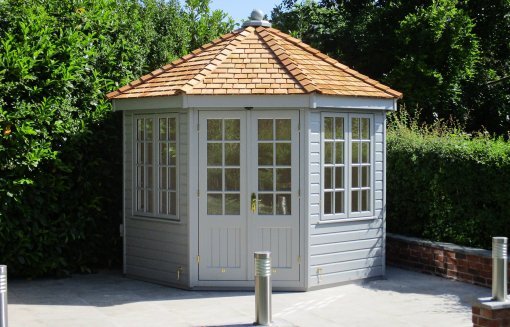 Appreciate your garden from many angles inside this traditionally styled octagonal garden room. 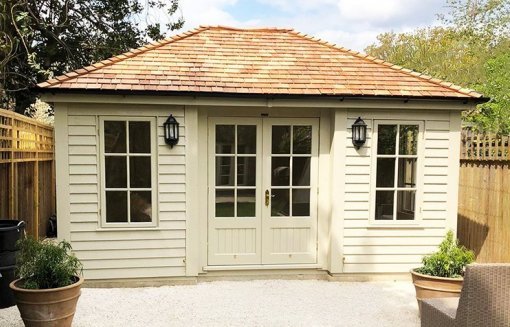 The hipped roof Garden Room is traditionally elegant and built for year-round comfort.

View Product
View Our Summerhouses
More Buildings Like This
Previous
Next

We use cookies to gather aggregate data regarding site traffic and interaction to help identify user trends and obtain insights to continually improve our site. These cookies enable us to improve your customer experience as you use our site and will help provide you with relevant online marketing.