Call us on 01760 444 229
CORONAVIRUS (COVID-19): OUR SHOW CENTRES ARE TEMPORARILY CLOSED,
BUT YOU CAN STILL SHOP OR TALK WITH US ONLINE OR VIA EMAIL AND TELEPHONE
Find out more

The Beast from the East in Norfolk

So, we saw a lot of snowfall in Norfolk, and across the country, last week!

While it was initially exciting, filling everyone with a childhood wonder at seeing the snow settle, it soon became a nuisance for us and most of the rest of the country, with several of us not being able to make it into the office, and by Wednesday our installation teams were being recalled due to dangerous conditions.

The snow is mostly gone from our roads now thankfully and normal service has been resumed at Crane, but we thought you may want to see some of the snowy photographs that were taken of our head office in Norfolk at the beginning of last week. There were icicles and snow flurries in abundance!

With regards to the latest Government advice that was broadcast across the country last night, our company partners have made the decision to temporarily close our factory and show sites, and bring home our installation teams with...
View

This 3.0 x 3.6m Superior Shed has been designed with an apex roof, a single door and five windows. The roof has been covered in cedar shingle tiles that are designed to naturally silver/grey over time and the windows are Georgian...
View

This 10 x 12ft (3.0 x 3.6m) Garden Studio is our Salthouse Studio, and it has been installed in our customer’s garden for use as a garden office to enable the customer to work from home. With full insulation, solid pine matchboar...
View

Measuring 1.2 x 1.8m, this Classic Shed has been installed in the back corner of our customer’s garden in Bracknell, Berkshire for use as a garden storage shed. Our Classic Sheds are a simple range of sheds, with five sizes to ch...
View 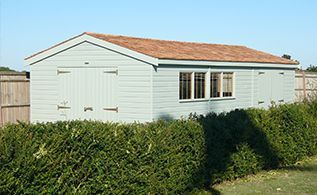 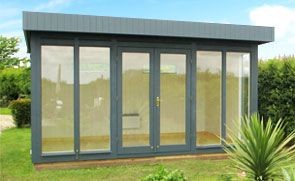 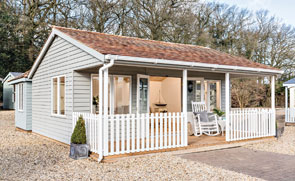 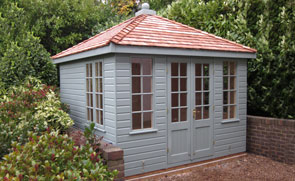